Could God Heal Their Marriage?

There was an invisible barrier between Marc and Lisa Lavalas. 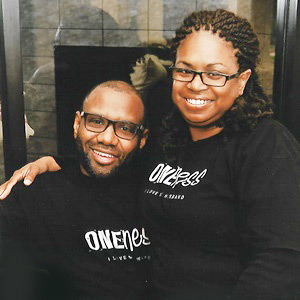 There are times in life when we have to decide what we really believe. Days when convictions are tested. Moments when rhetoric can become proven truth. After being married for 19 years, Marc and Lisa Lavalas faced perhaps the most difficult time of their marriage. And it happened, of all places, at a Weekend to Remember® marriage getaway. 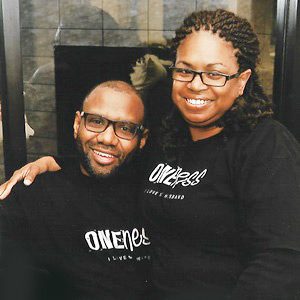 It was the fourth getaway the Lavalases had attended, and by now they were serving on the Weekend to Remember volunteer team. What Lisa didn’t know was that Marc had struggled for years about whether to tell her about a past sin. He often asked God if he should come clean. He feared his confession could destroy their marriage.

The Lavalases laughed and dreamed together. To Lisa, her husband helped her pull away from the pressures of life to “smell the roses.” Yet despite their happy marriage, they never reached the level of heart-to-heart intimacy Lisa longed for.

There just seemed to be some kind of invisible barrier between them, and she couldn’t break through it.

Marc and Lisa were good friends in college but lost touch after graduation. By the time they saw each other by chance in a bookstore, she had already divorced her first husband because of his infidelity, and she had a 1-year-old son, Gregory.

It wasn’t long before Marc and Lisa started dating. She changed Marc’s world. Until then he had lived a playboy lifestyle. But there was something different about Lisa. He was attracted to her love for Jesus Christ and to her devotion to Gregory. She was just the kind of woman he wanted to marry.

When they married in 1994, they were determined to put the past in the past, with Christ’s help. And they were excited about their future together, believing better days were ahead.

Marc often felt that Gregory took first place in Lisa’s life. And sometimes Lisa felt as if her husband cared more about his job responsibilities than her needs. Like the time she went to her uncle’s out-of-town funeral by herself because Marc had to work.

They still laughed a lot and enjoyed being together. “But I never got to the level of intimacy that I wanted to get with Marc,” Lisa says. She felt there was always a barrier between them.

Perhaps that’s why she listened with interest when a friend at church mentioned a Weekend to Remember® marriage getaway. After hearing a radio ad saying the getaway was coming to Columbus, Ohio, Marc and Lisa decided to give it a try. That decision was life-changing.

They learned so much at the getaway. They discovered marriage is really God’s idea. That the relationship between a husband and wife should mirror His character. And Lisa realized that her priorities were not in order. That God wanted her to put Marc before her children.

Despite all they learned, Lisa still knew something was blocking Marc from her. And after hearing the speakers talk about intimacy, Marc knew exactly what it was.  But he was not ready to tell Lisa. He just pushed it aside.

He and Lisa were excited about the Weekend to Remember and wanted to tell others about it. So they joined the Columbus volunteer team to help promote the getaway the following year, and the next, and then the next.

Midway through their fourth getaway, in 2012, Lisa and Marc were in their hotel room, dressing for a romantic dinner. They were chatting back and forth, trying to finish a few questions for one of the event projects.

The old doubt that Lisa had felt so many times resurfaced. “Marc, is something holding you back from me?” For years she had thought that she must be doing something he didn’t like. Perhaps she had an annoying habit.

But that night his answer was different. Marc finally came clean.

He told Lisa about an adulterous affair that happened during the first year of their marriage … when Lisa went to her uncle’s funeral. For 18 years he had stuffed his shame and guilt, asking God if it was something he needed to confess. “And it was really the Lord who allowed me to finally share it,” he remembers.

“How could this have happened?”

A broken man, coming clean was incredibly painful for Marc. He did not want to lose Lisa.

Lisa’s world crumbled with his confession. “I remember feeling like I had been knocked out,” she says. “I was in a fog for quite some time, walking through life but not really experiencing life.”

She told herself she shouldn’t be so upset—the affair was years ago. Yet she could not deny Marc’s absolute betrayal. She thought of when she had divorced her first husband because of his infidelity. How could this happen again?

But there was a difference now. During their years as Weekend to Remember volunteers, she had heard many stories of transformed marriages. She knew that God could heal theirs—if they would let Him.

The next day they took their first step toward healing. They visited the Weekend to Remember resource center and bought the book Torn Asunder: Recovering from Extramarital Affairs. At first Lisa told Marc, “I don’t want to read the book. I don’t want to think about it. I don’t want to deal with it.”

But she knew she would never move on until the matter was settled in her heart. She had to let go of the dream marriage that she thought they had. “I had to deal with the reality of what our marriage actually was at that moment,” she says.

Over the next few months, the Lavalases read through Torn Asunder, completed the exercises together, and asked God to heal their marriage. “I started talking to God,” Lisa says, “and wrote out my feelings, anger, and frustrations.” And sometimes writing wasn’t enough and she would lash out at her husband.

Marc simply listened. He did not argue when she threw verbal darts at him. He didn’t want her to stuff her pain and create a haunting memory that would poison their relationship forever. From his standpoint, Lisa had every right to say, “I’m finished, I’m leaving you.”

Lisa remembers one Saturday when she wrote all day, pouring out her intense grief. She told God that what was happening to her wasn’t fair. How was she supposed to get past this? How could she forgive Marc?

And then it was as though she heard the voice of God reminding her, “Lisa, I forgave you … Lisa, no matter what you are going through, I am here with you.”

After two years, Lisa knew that God was telling her the time had come to let go of all of the heartache. So she wrote Marc a letter and told him that the pain from the affair was over. She promised not to bring it up again.

Tears welled up in his eyes as he read her words, “I was so thankful,” he says, “because I recognized that God had done a magnificent work in both of us to be able to come back from something like that.”

There are crossroads in life when you come face to face with a painful reality. There are painful situations when it’s far easier to make cheap statements of God’s supernatural love and care than to give Him your crushed dreams.

And then there are those deep, dark valleys when you have to answer a life-defining question: Will you trust the Designer of your life to do the impossible?

Back in 2012, Marc and Lisa Lavalas were in one of those deep valleys. And together they stepped out in faith and trusted God. They believed He would do the impossible and heal their broken marriage.

Today Marc and Lisa enjoy so many of the same things—taking walks in the park, going to a beach. And sometimes the two of them will sit outside together and laugh and dream about their future.

There is no longer an invisible barrier between them. They are a living testimony to the transforming power of forgiveness and grace.

Copyright © 2016 by FamilyLife. All rights reserved.