Go Back To All FamilyLife History Articles

‘It Was as Though God Was Crying Through Me’

Looking back at how God used an unlikely person to help start FamilyLife.

Back in 1971, I was on staff with Campus Crusade for Christ (now called Cru), and part of my job was to help oversee Cru staff women on college campuses in eight states. My heart was grieved when I visited the home of a couple whose marriage appeared to be in trouble. 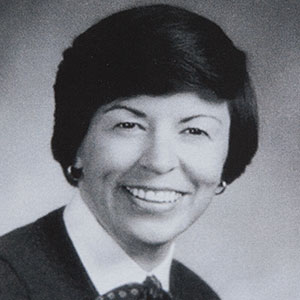 Four years later I encountered the same couple on yet another campus. My heart was stricken to see that they had been promoted, but their marriage difficulties had worsened. To think that they’d been given more responsibility and yet their marriage issues had been ignored broke my heart. I knew it did not honor God and I felt we were being irresponsible as an organization.

During the next meeting of leaders for Cru’s outreaches in the U.S., we all talked about our most recent travels. I spoke of my dismay about the couple and their situation. I read some verses from 1 Timothy 3, which tell us that leaders in Christian ministry should manage their homes well. Verse five says, “For if someone does not know how to manage his own household, how will he care for God’s church?”

Deeply burdened and with passion, I said, “Here we are helping to reach the world for Christ, and we are hurting on the inside. How long are we going to promote people when they are having difficulties in their marriages?”

And then without warning to myself or the others, I began to cry, and the crying turned into sobs as I put my head on the table and wept for what seemed like a long time. I have never had this happen before or since, but as I look back it was as though God was crying through me.

There was a “holy hush” in the room. When I was finally able to lift my head, our director, Paul Eshleman said, “Ney, what do you want us to do?”

Shortly thereafter, Paul sent me and fellow Cru staff members Dave and Sande Sunde to the 1975 Continental Congress on the Family in St. Louis, organized by J. Alan Peterson. In attendance were thousands from all over the U.S. and the world who cared about marriage and the family. The turning point for me was a session by Dr. Howard Hendricks, a professor from Dallas Theological Seminary.

His words were profound. “There are three reasons for marriage failure,” he said:

He elaborated: “By inadequate teaching, I mean that today the church isn’t doing a very good job teaching you that just because you are a Christian and someone else is a Christian doesn’t necessarily mean either of you will be a good marriage partner.

“By unrealistic expectations I mean people are entering marriage today expecting marriage and sex to do what only God can do. And the result is they are disappointed.”

His third reason was my favorite. “By inadequate preparation I mean that today in Dallas, if you want to be a garbage collector, you have to go through two weeks of intensive training to become one,” he said.  “But today, in Dallas, if you want to get married, all you have to do is make a sound at the altar, and you’re in. Frankly, if a couple is unwilling to go through marriage preparation, I am unwilling to marry them.”

An assignment from God

At the final session of the Continental Congress, J. Alan Peterson said to all of us, “What burden are you leaving here with?” The word “burden” in the Hebrew, means an assignment from the Lord. And I thought, Yes, that’s it. My burden, my assignment from the Lord, was to give help to our marriages within Cru, starting with getting some help to those who were preparing for marriage.

The next year Cru began a “Marriage Preparation and Family Emphasis,” which hosted premarriage conferences.  My dear friend, Don Meredith, gave leadership to this effort; he had spent years studying marriage. The conferences were so successful that even married couples began to say “Why can’t we hear this material?” And we were off and running with what would eventually be called the “Family Ministry.” Within a few years, another dear friend, Dennis Rainey, became the director of Family Ministry, known today as FamilyLife.

Fast forward another 30 years. There was a lump in my throat and tears were in my eyes as I drove up to the Gaylord Texan Resort Hotel and Convention Center, where over 2,000 people were attending a Weekend to Remember® marriage getaway. Outside there were scores of couples sitting on the grass, some perched on cement walls, others sitting on benches—all conversing with each other.

As I walked in the entrance I joined throngs of couples coming from every direction heading up the escalator toward the convention center. I saw a large inviting space where couples could order food and sit and visit. Nearby was a huge bookstore with an abundance of resources on marriage, family, raising children, and other related subjects. As I moved into the cavernous meeting room, I saw a big screen in the front and thousands of people already in their seats anticipating the next speaker.

I couldn’t keep back the tears. I felt overwhelmed at what God had done over the past 30 years. And this was just one event.

Amazed at what God has done

Another 10 years have passed, and today in every region of the United States and most parts of the world, there is access to a Weekend to Remember getaway. FamilyLife Today®, a radio broadcast hosted by Dennis Rainey and Bob Lepine, reaches millions each week. FamilyLife has produced a multitude of marriage and family resources. Thousands and thousands have come to Christ. I continue to be amazed at what God has done and is doing. It still brings me to tears.

First Corinthians 1:27 states, “God has chosen the foolish things of the world to confound the wise” (KJV). In this case, He used me, a single woman, to help start a marriage movement. No one is more overwhelmed at what God has done than me. To Him be all honor, and glory, and praise.

In that meeting back in 1975, I was grieved by the needs of the couple I had observed, but not nearly as grieved as God. He prompted me (an unlikely person) in an unusual way and used it beyond my wildest dreams. He is truly a God of miracles.

And may I ask you … what are you grieved about? What is your burden today? Who knows … it may be your assignment from the Lord.

Listen to Dennis and Barbara talk more about FamilyLife’s 40th anniversary on FamilyLife Today. And read an article adapted from those interviews.