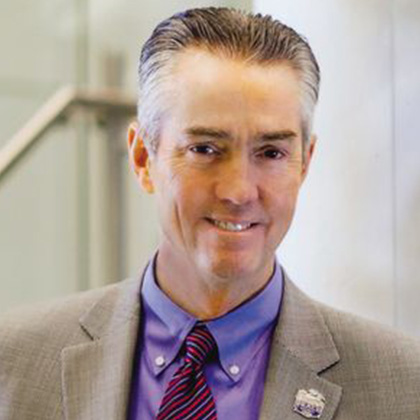 Prior to his work at Chick-fil-A, Steve was the director of marketing for Six Flags Over Georgia® theme park in Atlanta, Georgia, preceded by Marketing Communications Manager at Texas Instruments. Steve began his career at Chick-fil-A as director of marketing. He then went on to serve as vice president of the department before becoming Chief Marketing Officer. He retired from Chick-fil-A December, 2015. In this former role, Steve was responsible for overseeing marketing, advertising, brand development management, menu development and hospitality strategies for Chick-fil-A®.

Steve serves on several Boards … He is currently chairman of the board for FamilyLife (a Cru ministry), FCA-Atlanta, Links Players International, Atlanta Hall Management/College Football Hall of Fame, Chick-fil-A Peach Bowl and National Football Foundation. Steve holds an Associate of Science in business administration from Faulkner State Junior College, a Bachelor of Science in marketing from Auburn University and a Master’s in advertising from Medill School of Journalism at Northwestern University.

Steve and his wife, Dianne, have two children and four grandchildren.

An Inside Look at Chick-fil-A

with Steve Robinson
Steve Robinson reflects on his long-time history with Chick-fil-A, and the core values of the Cathy family that have kept the family business thriving. Find out what distinguishes Chick-fil-A from all the other fast food restaurants. View Show Notes →