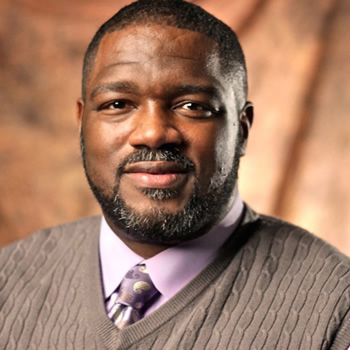 Dr. Voddie Baucham, Jr has accepted the position of Dean of the Seminary at African Christian University (ACU) in Lusaka, Zambia. He, his faithful wife, Bridget, and their seven youngest children made the bold move from the heart of Texas to the heart of Africa in August (2015).

He is a sought-after preacher, conference speaker, and lecturer. His numerous books include Family Driven Faith and What He Must Be. Baucham also appears on FamilyLife’s Art of Marriage® ministry resource.

with Voddie Baucham
People talk a lot about peace during the Christmas season. But what is peace, and where does it come from? Voddie Baucham talks about true peace found in Christ. View Show Notes →

Love for a Lifetime

Praying For Your Wife

with Voddie Baucham
Voddie Baucham offers suggestions for different scriptures a man can use to pray for his wife. View Show Notes →

with D.A. and Elicia Horton, Juli...more
A panel of experts answers some of your toughest questions about marital intimacy. Voddie Baucham, Juli Slattery, DA and Elicia Horton, and Ron Deal address difficult situations with truth from Scripture. View Show Notes →