Go Back To All Resurrected Marriages Articles

The “Experts” Were Clueless About Marriage

On May 28, 2000, the pastor at Rosedale Park Baptist Church in Detroit made an odd announcement: “There’s going to be a wedding after the service. Hank and Ruth invite all of you to stay.” 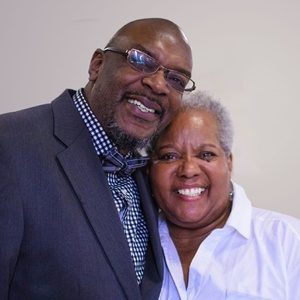 Yes, Hank Robinson and Ruth Dilworth were finally getting married. They dated for four years, and even taught a class together for singles and helped couples prepare for marriage. But Hank didn’t ask Ruth to marry him until some older men at church asked what he was going to do with his life. “That woman out there loves you,” one of them said. “She should be your wife. Stop playing around.”

So on a Saturday, Hank asked Ruth if she really wanted to get married and she said, “Yes.” Within a few days they had their marriage license and wedding rings. And now, here they were at the 11 a.m. service on Sunday, about to get married.

Many in the church considered them to be marriage experts. That’s a bit surprising since neither had been successfully married—Ruth was divorced and had a son, while Hank had a son by a failed relationship. But in 2000 they had each been single for years, and by that time they were both leading godly lives. “As we read and studied we really believed we were ready for marriage ourselves,” Ruth says.

They were so sure that their marriage would succeed that when their pastor gave them a book about marriage, they gave it back. “What could we possibly learn by reading it?” they wondered. “What could possibly go wrong?”

They thought they knew the answers

Ruth and Hank met at church and dated mostly on weekends, talking a lot by phone. When they mentored engaged couples, they urged them to ask one another hard questions about family backgrounds, finances, and children. But these “experts” never bothered to ask themselves those same questions. They thought they knew all the answers.

It wasn’t until after their wedding that they realized how unprepared they were for married life. Ruth was a decisive, independent woman who had a hard time trusting men. She acted like she knew more than Hank about running a household and said she didn’t need or want his leadership or financial advice. That’s because Ruth thought she and her new husband would live parallel lives. That he would continue going to work and doing whatever else he did before they married, and that she would do the same thing.

A tall, quiet man, Hank had not expected this type of home life. He wanted to swoop in and take care of his bride. But that dream was dashed with their first argument—about where they should live. Hank thought Ruth would move into his house, while she said she wanted to stay in her own home because it was larger. Knowing he would not win the argument, Hank reluctantly gave into Ruth’s demands.

Hank knew Ruth’s 20-year-old son would live with them for a short while. But neither he nor Ruth was prepared for the impact an almost-grown son would have on their relationship with each other. Feeling like an outsider, Hank was reluctant to talk with his wife about it.

Nor did they discuss their likes and dislikes when it came to their home’s atmosphere. Hank enjoyed movies and music and watching TV, while Ruth didn’t care if the television was ever on. She rarely watched movies or listened to music. Since she worked from home, she wanted things to be quiet.

Hank paid credit cards off at the end of every month. Ruth? Well, she would pay a little here and a little there.

Within six months, the tension and arguing in the Robinson household led them to wonder if they had made a huge mistake. The only reason they didn’t file for divorce was they didn’t want to be ridiculed by their friends and family.

Finally reaching his breaking point, Hank longed so much for his bachelor life that he didn’t come home one day. Instead he escaped to his old house, where everything was exactly like he had left it. He took a shower, lay down for a nap, and had a horrible dream—that he was married. When he awoke he briefly thought his marriage to Ruth had just been a nightmare.

And then there was the day when Ruth became an escape artist herself. She decided she didn’t even like Hank … she wanted him out of her once peaceful house. She was so tired of debating over finances that while he was at work she packed her bags and checked into a hotel, without telling him where she was.

“In my foolishness, in my hotel room, I felt like I had such peace,” Ruth recalls. But after about two or three days she sensed God telling her, “It’s time to go home.”

They began attending Evangel Ministries, a church that had a marriage ministry. On their first Sunday there, the couples in the marriage class were talking about the roles and responsibilities of husbands and wives. Hank was delighted when they began with the wife. Yes, He thought, Finally Ruth is going to learn how to do this!

But two weeks later, when he heard about the roles and responsibilities of a husband, he wasn’t so all-knowing. Did I really sign up for all of this? he wondered.

For the next three years, the Robinsons continued to attend the marriage class in their new church. They also went to a local marriage conference. Then, after they had been married for about five years, they heard about a Weekend to Remember® marriage getaway coming to Detroit and decided to give it a try.

“The only person I could change was myself”

When the Robinsons first sat in the getaway ballroom, they tried not to touch. But Hank made sure he was close enough to elbow Ruth during the messages and say, “Are you hearing this?”

During the next three days, both Ruth and Hank heard a lot of things.

He discovered that Ruth was a gift to him from God, not his enemy. That true leadership includes servanthood. He also learned the importance of showing Ruth love and respect and understood sometimes Ruth and he just had different perspectives on life. Hank vowed to do a better job of not only hearing Ruth’s words, but also listening to her heart.

Ruth learned to look at her own faults and weaknesses. “I also realized that I had brought a lot of baggage to the marriage table,” she says. “That the only person I could change was myself.” She understood that demanding the last word in an argument is a sure path to isolation.

She vowed to stop focusing on Hank’s faults and begin looking for the many things he does right. For several years she had been married to a faithful, loyal man, but now she realized it.

With a fresh understanding of God’s design for marriage, the Robinsons recognized how unprepared they had been for their marriage. They had each brought their own ideas about it into their relationship. They never considered that God might have a specific plan.

“God ordained marriage,” Hank says. “It’s not the marriage that’s messed up, it’s the people that are mixed up.”

Today Hank and Ruth are directors of the marriage ministry at Evangel Ministries church. Their advice to engaged couples is simple: Get premarital counseling, and go to a Weekend to Remember getaway.

“We are tough on premarital counseling,” Ruth says. They use the FamilyLife book Preparing for Marriage, and take couples through several months of training.

They also joined their local Weekend to Remember volunteer team to help promote the getaway in the Detroit area. Knowing what God can do through a Weekend to Remember, over the years they have brought about 200 couples to getaways.

The more the Robinsons have invested in their marriage, the stronger it has become. They are amazed at how similar they are today. Now they enjoy sitting side-by-side, listening to music together, laughing, and joking. It’s been a complete turnaround.

Hank says when he married Ruth, he was known as a get-to-the-point person. His conversations were short and concise. Ruth, on the other hand, painted detailed verbal pictures. Now Hank often talks on and on and tells elaborate stories. Ruth’s response? “Get to the point.”

And when Hank gets home from work these days, he often hears music playing.

Copyright © 2017 by FamilyLife. All rights reserved.

Growing in Your Faith 7 min read

Christian college isn't a guarantee that students will keep the faith. A thriving relationship with God doesn't happen simply by immersion.

with Ron Deal January 20, 2022
What you mean start one ourselves? Can we do that?

The Summit on Stepfamily Ministry