Go Back To All Resurrected Marriages Articles

What Happened to Her Prince Charming?

For Rick and Beverly Weeks, marriage was not the fairy tale they expected.

Something was going on in Rick’s marriage, but he just couldn’t seem to put a label on it. There were harsh words … a sense of distance … things just weren’t right at home. Was he imagining things? 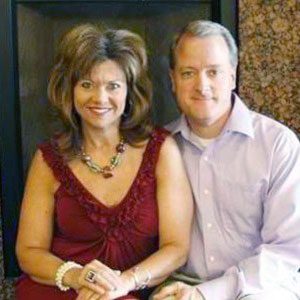 His wife, Beverly, was dusting furniture in the foyer when he slipped up behind her, wrapping his arms around her shoulders; they felt like stone.

For months he and Beverly had been bickering back and forth. Even a simple question set them off; their tone could be abrasive and loud. He feared that his marriage was collapsing and did not know what to do.

Rick longed for the woman he married. “Beverly, I love you,” he said.

Rick sighed, “Baby, you don’t love me anymore, do you?”

Beverly turned to look at the man she once called her Prince Charming. She was crying, “Well, I don’t think I do,” she said. “I just don’t think I love you anymore.”

When Rick and Beverly were each about 8 years old, they were next-door neighbors for a few months. Then, more than 15 years later, they reconnected at the hospital where he was an accountant and she worked part-time while finishing college.

They started dating and before long Rick was sure that he wanted to spend the rest of his life with his childhood friend. “We had so much in common even though we were very different,” he says. They shared the same faith, had the same values, and when Rick was with Beverly he felt complete. “She’s the life of a party—everything that I am not. She’s bubbly, kind, super kind.”

For all of Beverly’s life she had imagined the man she would marry. He would be godly. He would take care of her. They would have beautiful children and live in a beautiful house. It would be a “fantasy affair,” she says.

The more she got to know Rick, the more she believed he was her dream come true. “He was … Christ-like. He was a very good supporter. … He had a good sense of humor. It was like he bent over backwards to do things for me.”

Like Cinderella, Beverly longed for a man who would take care of her every need. She believed that Rick Weeks was that man, that he would make her happy—all the days of her life. 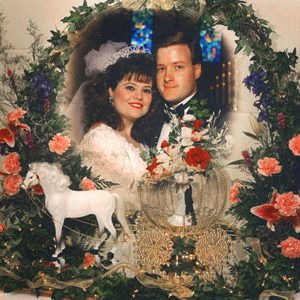 After dating for two years, Rick asked Beverly to be his wife. She was thrilled and planned a storybook wedding; Cinderella was its theme. Their engraved invitations began:

I dressed as Cinderella

And he was my prince.

Although I didn’t lose my glass slippers,

I did lose my heart.

And our wedding will be a fairy tale …

A dream without end.

And like Cinderella and the prince, they expected to live happily ever after.

Then they had kids

Rick and Beverly began wedded life in a small rented yellow house on a piece of farmland. “It was the most wonderful time in the world,” Rick says. “We had great moments. It was us.” And other than some minor arguments about finances, life was good for Rick and Beverly. They both had fulfilling jobs and worked hard. At the end of the day they talked about decorating their house … pressures at work … someday having kids.

Although their conversations were satisfying, they were not very deep. “We didn’t need to have the level of communication that we needed in the middle of our marriage,” Rick says.

What was different “in the middle of their marriage”? They had kids.

Their first child, Tyler, was born five years after they married. It didn’t take long for Rick and Beverly to realize that they knew how to be a couple, but they didn’t know how to be a family.

With the birth of Tyler came a need for deeper communication, and Rick struggled to express his feelings. This was amplified when their second child, Macy, was born five years later. Rick often wanted to say to his wife,
“You know what? We need time for each other.” But he never did.

His heavy workload plus Beverly’s demanding job … added to the kids’ activities … and church … left little time for them to focus on one another. Cinderella and her prince became more and more isolated from each other.

Beverly longed to hear Rick say, “I love you.” But he rarely said it. She was also sensitive about the weight she had gained after having the children. In one argument Rick referred to her as “fat.” She repeated those hurtful words to herself over and over again.

Unable to really communicate with her husband, Beverly needed a friend, and she found one at church—a man who was also having problems in his own marriage. “He’s just a good Christian friend,” she told herself.
“He’s the brother that I never had . … Here’s somebody who really understands what I’m going through and won’t judge me.”

For about six months Beverly and her friend communicated daily: a cup of coffee, a lunch, a visit on the phone. When she could not talk heart-to-heart with Rick, when her father fell ill, her friend was the one she contacted. They were sometimes exchanging 20-30 texts at night by the end of 2010. Beverly made sure she erased the texts so Rick wouldn’t see them.

She tried her best to deny that she was having an emotional affair. But in her heart she knew that the relationship was endangering her marriage.

Beverly was seeing a counselor at this time. “She was just telling me everything that I wanted to hear,” Beverly says, “and I was really sharing with her my side of the story.” She told the counselor that Rick seemed more interested in his job than her, and said that he had called her names in front of the children. But she didn’t mention that his snide remarks were a response to her disrespect. “I knew exactly which buttons to push to set him off.”

When she told the counselor that she didn’t love Rick anymore, the counselor told her, “Beverly, you do deserve better. You deserve someone who … will give you the happiness you need.”

Rick became more and more frustrated with his marriage and searched the Scriptures for answers. He had been reading his Bible on the porch on January 3, 2011, before he slipped behind Beverly to give her a hug. When his Cinderella said that she didn’t love him, he was devastated. He packed a few things and left the house.

How could Beverly have lost her love for him? Surely she didn’t mean what she said. She had been under a lot of pressure that year. Not only was her commission-only job stressful, but her father was also very ill.

But when he returned home the next day, Beverly said that she did not want him back.

Rick also saw a counselor, who told him, “Rick, you have kept yourself on a short leash all your life, where you had no room for error and no room to be imperfect.” His marriage problems seemed to open a hole up in his life, and he became depressed and could not even work.

Rick begged his wife to go to counseling with him, but she refused. Beverly was emotionally attached to her “friend” and wouldn’t listen to her husband’s pleas for help. She knew that her relationship with her friend wasn’t right, but she didn’t care.

Rick did everything that he could think of to win his wife back. He sent her flowers, texted her every day, wrote her letters—handwritten letters. Finally he told God, “I can’t do it. … I know you are there and I need you to handle this for me.”

Rick started reading the Psalms and marriage books. How could he have missed so many foundational truths? He took full responsibility for his marriage problems: He had not loved Beverly in a way that she understood.

A friend at the hospital asked both Rick and Beverly to see Scott and Sherry Jennings. Scott (who is the pastor of marriage and family life at The Bridge Church in North Carolina) and his wife had seen what God did in their own once-broken relationship. The Weeks agreed to give their marriage one last try.

“Scott and Sherry were our hope,” Rick says. He was encouraged by Scott’s email on May 5, 2011, telling him to stand for his marriage and to hang onto God’s Word. “Keep praying expectantly and believing that God IS who He says He is.”

When Rick read those words, he wept. “I didn’t get that kind of foundational truth from other people.” He got on his knees and thanked God that Scott cared.

When Beverly first met Sherry, she said that she wouldn’t let “that man” come home unless he made a lot of changes. When she finished her tirade, Sherry asked, “What if God is more interested in changing you than he is in changing your spouse?”

Those words pierced Beverly’s defenses. What have I become? she thought.

After that first meeting with Sherry, Beverly admitted that her emotional affair was wrong. She sent her friend one last text. She told him that she and Rick were getting counseling and that she never wanted to speak to him again.

The Art of Marriage®

After individually visiting with Scott and Sherry, the Weeks met with them together. When the Jennings asked if they wanted to work on their marriage, Beverly replied, “Yes, yes I do.” Rick could not believe her words. “It was almost an immediate turnaround.”

In May 2011, Rick and Beverly told Tyler and Macy that Daddy was moving back home. They promised that things were going to change and asked for their forgiveness. They also said that their relationship with Christ and one another would come before them. The children were overjoyed.

God had done what Rick could not even begin: start the healing of his marriage. And that healing continued when he and Beverly followed the Jennings’ advice and went to The Art of Marriage video event in August 2011. That’s when they really understood what had happened in their relationship.

“We had to put Christ back [in our marriage],” Beverly says. She also learned why she had battled with low self-esteem: “I expected Rick Weeks to be my god.” At The Art of Marriage she discovered the One who offers 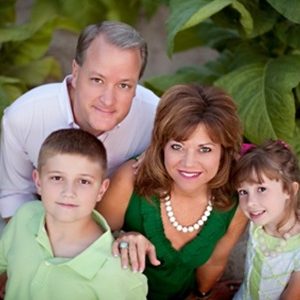 lasting joy. “I needed more than religion. I needed a deep down spiritual relationship with Christ.”

Rick also recognized that God had not been at the center of his marriage. And he understood that it was not his responsibility to change his wife. He says The Art of Marriage “equipped us to make sure that the mending process would be solidified in God’s truth and in His Word.”

Rick and Beverly don’t want others to believe that marriage is a never-ending fairy tale. The fact is: A good marriage has ups and downs and requires a lot of hard work. They now know that a strong marriage is centered on Christ and takes the time to do what matters most. For the Weeks, that now includes investing in their relationship and working with the Jennings to bring The Art of Marriage events to churches, businesses, and community groups.

Today Beverly and Rick love to tell the true story of how God transformed their shattered marriage. Before the last stroke of midnight sounded, they found hope. And they want to give that same sense of hope to others.

Copyright © 2012 by FamilyLife. All rights reserved.